The Downs at the Heart of our Community

Take a trip to the Downs and there’s one thing that immediately springs out at you. This is a space for enjoyment. Whether it’s families playing games together, sports teams benefitting from the myriad of marked up pitches, charity runs or community groups using the space as a place to meet, the Downs truly brings people from all over Bristol together with a united love of this very special place.

Jonathon Baker, who has served on The Downs Committee, the guardians of the Downs, for five years, and who is a member of the Society of Merchant Venturers, says: “Being able to use the Downs for sport, community activities and freely available recreation, is a wonderful resource that we have in the city.”

In fact, many formal and informal community groups call the Downs their home. One of the most active is FODAG – The Friends of the Downs and Avon Gorge, formed in 2008.

Robert Westlake, Chair of FODAG is a passionate advocate for this swathe of green space in our city.
He says: “The Downs is a major asset for the city of Bristol. It has boundless opportunities.”

FODAG is a community group that encourages people from all over the city to visit this “green lung” and take part in the conservation activities it organises. From butterfly surveys to deep litter picking, from monitoring the ‘Goats in the Gully’ to taking part in their Conservation Sundays, FODAG also organises social events for its members, including picnics and informative talks.

“I love to see people enjoying themselves,” adds Robert. “The Downs is a natural playground. What more could you ask for? On a Saturday afternoon you can see hundreds of Bristol Downs League footballers charging around on our 30 pitches, it’s such a special sight. Or Cycle Sunday when roads are closed to allow people safe and free cycling around the Downs. So many groups use the Downs informally too, there’s such a variety of sports and recreation that take place. The University even has a Quidditch Club.”

The Downs League has been a feature of the Downs for over 100 years starting up in 1905. In fact, football matches have been held continuously ever since, with the exception of the two world wars. “They even played during the Beast from the East,” comments Owen Dow, the honorary general secretary of The Downs League. “The League is unique,” he adds. “With all the teams in the League playing in one place at the same time on a Saturday afternoon, there’s nothing else like it.”

For the League, the Downs provides a very special sporting venue. Home and away, teams know where they are playing, and don’t have to travel from club to club each week.

“Some clubs have been playing here for over 100 years, and many others have surpassed their 50th anniversary,” says Owen. “It’s a way of life, not just for the players, but the spectators too. People have known each other for years and many friendships formed.”

FODAG members help maintain some of the Downs’ more intriguing statues and monuments. The triangular flower beds at the top of Whiteladies Road by the Rev Urijah Thomas drinking fountain is planted and maintained by FODAG – as is the distinctive cast iron urinal there. Close by there’s also a three-sided haven that was originally used by WW1 veterans who needed fresh air during their recuperation in hospital. Working with the Clifton and Hotwells Improvement Society, FODAG raised the money to refurbish this historic structure.

And perhaps slightly more light-hearted, did you know the tree painted white by the Whitetree Roundabout is also maintained by FODAG?

Robert Westlake, who worked for 50 years for Bristol City Council Parks Department, explains a little behind the history of the famous white tree. “Some 150 years ago a teacher needing to find his way to one of the big houses on the edge of the Downs kept missing his turning! So the owner of the house painted a tree white as a marker for him! Of course, it’s not the same tree now – in fact the current tree is the third one we’ve painted – but it’s traditions like these that we’re keen to keep up!”

As well as keeping in close contact with The Downs Committee and Bristol City Council’s maintenance team for the Downs, the Friends of the Downs has close links with another organisation that is very much at home there – The Avon Gorge and Downs Wildlife Project. Set up in 1999, the group has the environment and community at its heart, carrying out habitat management works to protect and enhance the site’s wildlife, heritage and landscape, as well as running a far-reaching education programme.

What’s clear with activities on the Downs, groups work together for this amazing space’s best interests. The Avon Gorge and Downs Wildlife Project is a partnership between Bristol City Council, Bristol Zoo Gardens, the Society of Merchant Venturers, the Downs Committee, the University of Bristol, Bristol Zoological Society, the National Trust and Forestry England.

“Our education programme is all about raising awareness of the importance of the Avon Gorge and Downs, as well as creating opportunities to enable people of all ages and backgrounds to discover, learn more and enjoy the wildlife and landscape of this fantastic place,” says Mandy Leivers, the Avon Gorge and Downs Biodiversity Education Manager. “Since the programme began nearly 130,000 people have taken part in our activities.”

“Of course, the normal swathe of group activity wasn’t able to take place during Lockdown but in more normal times we engage with people through walks, talks, courses, community events and children’s holiday activities,” she continues. “We also run formal education sessions for pupils from pre-school groups and primary, as well as sessions for play schemes and uniformed groups such as cubs and brownies, enabling children who’ve never visited the Gorge or Downs before to explore and learn more about this special site.”

“The Downs are for everyone,” she explains, “so in 2013, in partnership with FODAG, we set up the Your Downs Initiative which aims to widen the range of people who visit and enjoy the site. Through the initiative, we have worked with a wide variety of groups, including Dhek Bhal (a voluntary organisation that supports the South Asian community in Bristol); the Family Centre (for deaf children); Young Carers; Man Alive!, an organisation working with men suffering from depression or who are at risk of isolation; Bridges for Communities, who work with refugees and asylum seekers; and the Heartful Dodgers (people recovering from stroke and heart attack).”

And to complement the ‘face-to-face’ educational activities a range of nature trail leaflets, family trails and information panels have also been created by the Project so that visitors can enjoy and learn about the special wildlife of the site at their own pace.

The conservation work carried out by the Avon Gorge and Downs Wildlife Project has led to some notable conservation successes over recent years. The population of some rare plants such as dwarf sedge have expanded in the Gorge and in 2007, two butterflies thought to be extinct on the Gorge were seen once again, the small blue and chalkhill blue.

The Avon Gorge and Downs are internationally, nationally and locally recognised for the wildlife they support, in particular the important grassland and rare plant communities that can be found on its slopes and rocky ledges, and the large meadow areas.

As a Special Area of Conservation and a Site of Special Scientific Interest, the Gorge is home to a number of protected species. As well as nesting peregrine falcons, rare silky wave moths and slow worms, over 30 different kinds of rare and scarce plants grow here, making it one of the top three botanical sites in the country. Seven kinds of whitebeam tree are endemic, (meaning they grow naturally here and nowhere else in the world), and the Bristol onion and Bristol rock-cress (which don’t grow anywhere else in the UK) also thrive here. That’s incredible biodiversity for a site that’s just two miles from a major city centre! Of course, that brings with it important duties and responsibilities.

Jonathon Baker adds, “Communities and their needs change with time. The Downs is a significant heritage for the people of Bristol, and it is important to ensure this heritage is handed on in a healthy and sustainable condition for future generations.

“The vision of the Downs Committee is to protect and enhance the Downs in a sustainable manner, as a place of recreation for all to enjoy.”

For further information:
FODAG http://www.friendsofthedowns.org/
To read the Management Plan for the Down: https://www.bristol.gov.uk/museums-parks-sports-culture/the-downs
The Avon Gorge and Downs Wildlife Project: https://avongorge.org.uk/ 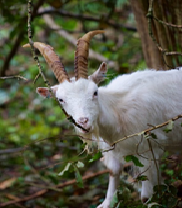 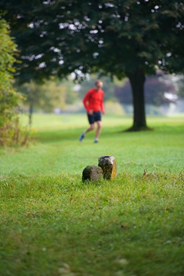 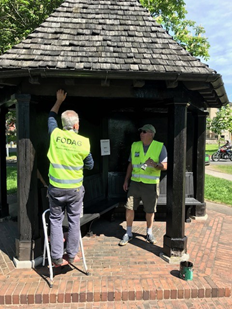 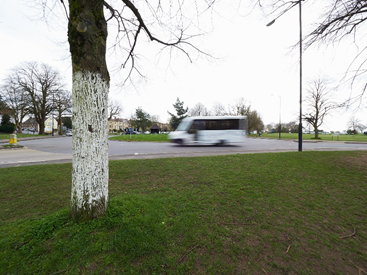 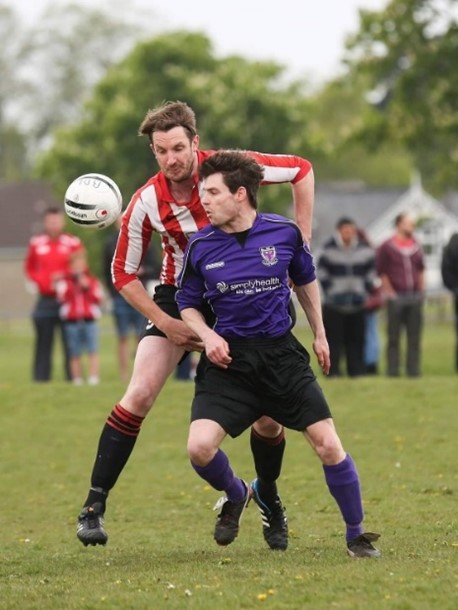 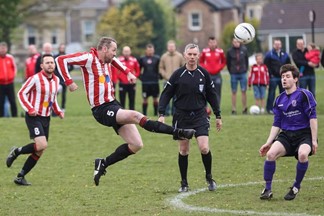