The story of the Society of Merchant Venturers (SMV) began over 400 years ago and has been woven into the history of Bristol ever since. Originally a trade association for Bristol’s maritime merchants, SMV is now a social purpose organisation whose members share a determination for Bristol to become a place of equality and inclusion. Our activities today are focused on helping communities across Greater Bristol to thrive, with a clear set of objectives to support education, care for older people, charitable giving, social enterprise and the guardianship of the Clifton and Durdham Downs. 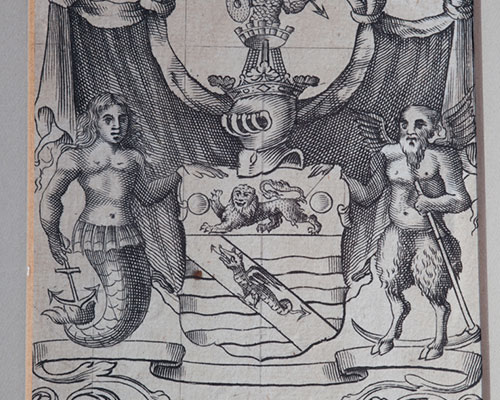 You can read about SMV’s history on this page alongside a series of resources. If you’d like to visit Merchants’ Hall to learn about our history and current activities, we regularly take part in the Bristol Open Doors event, as well as organising scheduled tours for small groups. Please contact us for more information. 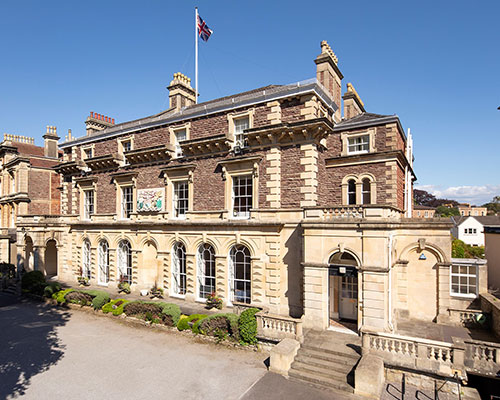 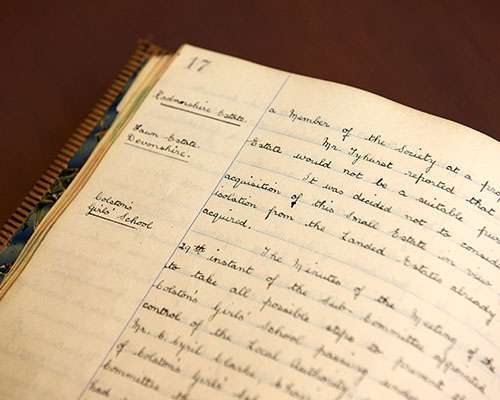 The Society of Merchant Venturers may be descended from a guild of Bristol merchants existing in the thirteenth century. A century later the Corporation (now known as Bristol City Council) drew up ordinances for a ‘Fellowship of Merchants’ under a ‘master’ to be selected from those who had previously been mayor or sheriff of the city. In 1552, ‘The Master, Wardens and Commonalty of Merchant Venturers of the City of Bristol’ received their first Royal Charter from Edward VI. New charters have since been granted by subsequent monarchs, most recently by Queen Elizabeth II.

The earliest charter granted a limited monopoly of maritime trade ‘beyond the seas’ to the Society’s members. Its purpose was to improve the organisation of trade to benefit Bristol and its merchants, as well as the Crown, by simplifying the collection of customs, encouraging investment in the nation’s shipping and improving the supply of ships and sailors in times of war. 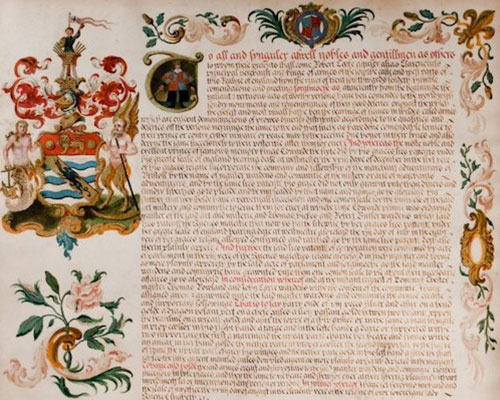 Bristol merchants financed John Cabot’s voyage in 1497, which led to the first documented landing on Newfoundland. Individual members of SMV were involved in the exploration and early colonisation of the New World, and the Society itself supported one major venture – Captain Thomas James’ voyage in search of the North-West Passage in 1631.

From early in the seventeenth century, SMV managed the port of Bristol on behalf of the Corporation, building and improving quays, adding cranes and maintaining towpaths and anchorages at Hungroad and Kingroad.

SMV helped to create the non-tidal Floating Harbour, opened in 1809. This vast undertaking involved the construction of Cumberland Basin, Bathurst Basin, the New Cut and several locks, bridges and weirs. It was far beyond the financial means of SMV, so the Bristol Dock Company was set up to manage the port.

SMV purchased the Manor of Clifton at the end of the seventeenth century and subsequently developed the Hotwells Spa, which became a fashionable summer spa in the eighteenth century. The commons of Clifton Down were also part of the Manor and in 1861 SMV, together with Bristol City Council, promoted the Clifton and Durdham Downs Act. This ensured that over 400 acres of both Clifton and Durdham Down were ‘forever hereafter open and unenclosed’ for the benefit of all. The Downs Committee continues to be made up equally of councillors and SMV members under the chairmanship of the Lord Mayor.

Although SMV’s roots are that of a trade association for Bristol’s maritime merchants, SMV has evolved into a social purpose organisation whose members share a determination for Bristol to become a place of equality and inclusion. Our activities today are focused on helping communities across Greater Bristol to thrive. 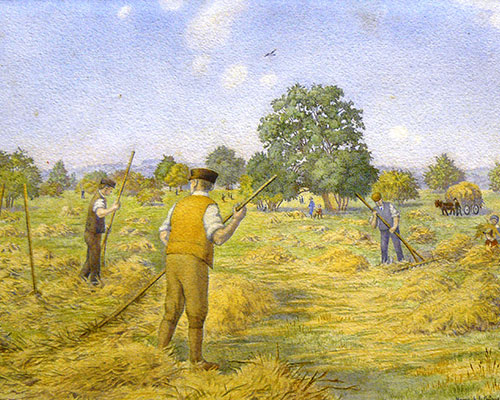 Since the sixteenth century, when SMV ran a free school for mariners’ children and its almshouse cared for twelve aged sailors, education and the care of older people have been SMV’s principle charities.

In the following century, poor sailors were being instructed in the art of navigation and later a school of mathematics was set up. By the end of the nineteenth century the Merchant Venturers Technical College had well over 2,000 students enrolled and it can be seen as the forerunner of the University of the West of England.

The college’s department of engineering became the University of Bristol’s Faculty of Engineering when the new university received its charter in 1909. 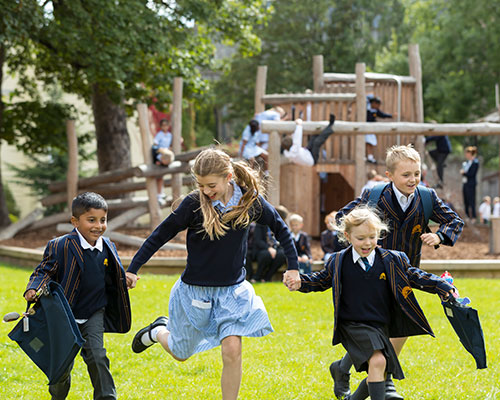 In 1708, Edward Colston appointed the Society of Merchant Venturers to manage the Colston’s Hospital Foundation, which went on to become Collegiate School and Montpelier High School.

The first school opened in 1710 in the Great House on the site of today’s Bristol Beacon, formerly known as the Colston Hall. In 1861 Colston’s School, as it was known at the time, moved to Stapleton where it has expanded, flourished and is now co-educational. In 2022 the school formally changed its name from Colston’s School to Collegiate School to reflect its inclusive and diverse nature.

The substantial endowment led to the opening of Colston’s Girls’ School for 300 pupils in 1891 on Cheltenham Road. In 2008 the school became an academy and has since expanded, changing its name in 2021 to Montpelier High School. 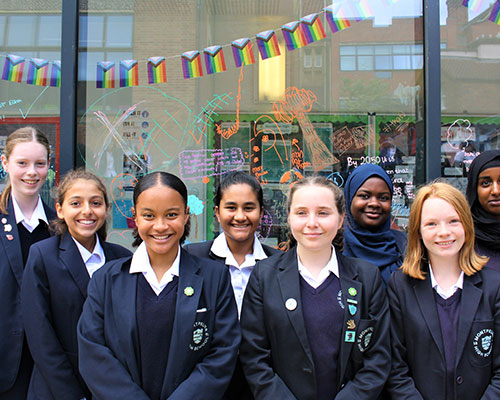 In partnership with the University of Bristol, SMV opened Merchants’ Academy in 2008, the former Withywood Community School. In 2016, this initiative was followed by the opening of Venturers’ Academy, the first state-funded Bristol school for children with a primary diagnosis of autism.

In 2017, the multi-academy trust Venturers Trust was founded, with SMV as the co-sponsor alongside the University of Bristol. Venturers Trust is responsible for eight state-maintained schools, 3,900 students and 700 members of staff and includes primary schools, secondary schools, an all-age school and a special school, located across the city of Bristol and representing a richly diverse set of communities. 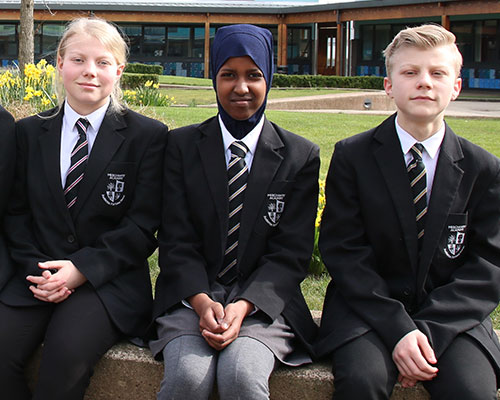 In the late 1690s the Society rebuilt and enlarged the medieval almshouse, Merchant Venturers’ Almshouse, located at the end of King Street. This was partially destroyed in the Blitz and is no longer an almshouse. However, the Almshouse on St Michael’s Hill, which Edward Colston entrusted to the Society of Merchant Venturers in 1696, still functions as originally intended. Internally, the almshouse has been improved and updated, but its exterior remains almost totally unchanged.

SMV is closely involved with the St Monica Trust, set up by Henry Herbert Wills and his wife Dame Monica in 1922. The Trust is independent, but the governing council includes nominees from SMV, which is the sole trustee of the endowment fund. That fund has grown substantially enabling exciting developments at the St Monica Home itself on the far corner of the Downs, the building of Westbury Fields retirement village at Westbury-on-Trym and large developments in Bedminster and at Sandford Station in North Somerset. In 2017, the St Monica Trust opened its fifth retirement community, located at the former Cadbury’s factory at Keynsham – The Chocolate Quarter.

Since 1968, SMV has been the trustee of the Cote Charity which in 2009 greatly extended its care for older people by opening Katherine House, named after the charity’s founder Katherine Gotch Robinson. In 2016, an eight-bed residential care home was opened, Griffiths House, providing specialist dementia care. 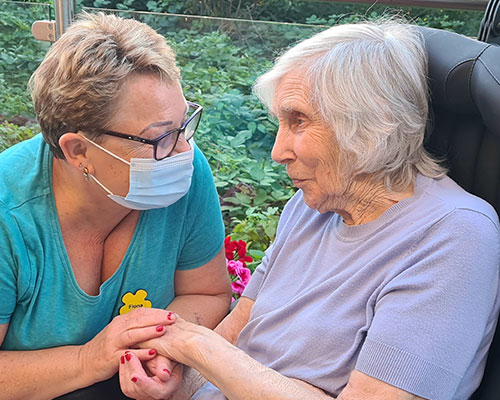