Since 2007, FareShare South West (FSSW) has been tackling food poverty in the region, using food that would otherwise go to waste and redistributing it to members of society who struggle with food insecurity due to financial, social or physical barriers. Its volunteers save hundreds of tonnes of good quality, in-date surplus food each year, and deliver it to partner organisations – charities, community groups and schools – who transform it into healthy meals.

In 2020, the pandemic plunged an additional 700,000 people in the UK into poverty, exacerbating worrying health trends that were already emerging.

In direct response to the pandemic, FSSW increased its operations in Bristol six-fold to meet the rising demand for food support across the South West. The charity secured temporary warehouses and extra vans, recruited volunteers and overhauled entire processes to ensure it could source and deliver more food. In 2020-21 FSSW distributed food for 6.1 million meals, half of which were delivered to families and children in need, via schools, children’s centres, pantry schemes and holiday projects.

Following the peak of the pandemic, FSSW expected to see a reduction in demand for its services. In fact, 2021 brought further uncertainties surrounding jobs, the economy and support services. As demand increased, more and more front-line organisations requiring support were added to FSSW’s waiting list.

Through working strategically with local authorities, funders and partner charities, FSSW planned to launch eight new van routes in Bath and North East Somerset, Gloucestershire and Somerset. Weston-Super-Mare – the location for one of the new routes – has seen a growing number of organisations on FSSW’s waiting list, including an addiction recovery centre, an elderly residential home, a special school, a family centre and the Salvation Army.

SMV was happy to support FSSW’s project with funding of £5,000, which was used to support all areas of the project, from volunteers to deliveries, warehouse management, equipment and staffing.

FareShare South West’s new permanent South Bristol warehouse opened in November 2021. The extra space afforded by the site has resulted in the charity increasing its operations in the region by 20%, and extending its reach to include 36 new charities, schools and community groups that had previously been on its waiting list.

“A massive thank you to the whole team for always being so welcoming, generous, and supportive to our school. Since we started working with you, we are helping on average 60 families per week with food items and emergency supplies, so over 1,200 families have benefitted.”

Between December 2021 and March 2022, 72 tonnes of food, enough for over 20,000 meals, was distributed from the warehouse to 85 front-line organisations, directly benefitting over 10,000 people.

The project has also introduced an employability programme from its new South Bristol warehouse, as part of the government-funded Kickstart Scheme. The programme has already welcomed its first intake of seven young people and is supporting them with skills and training to help them into the world of work. 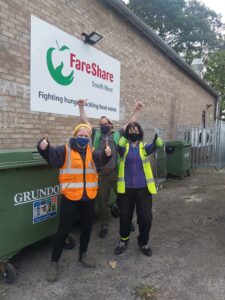 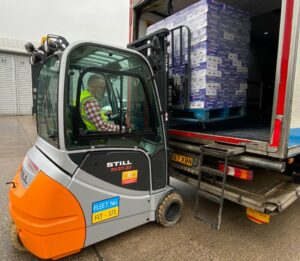 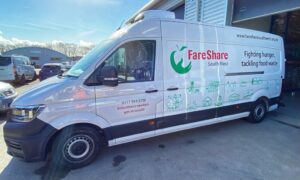 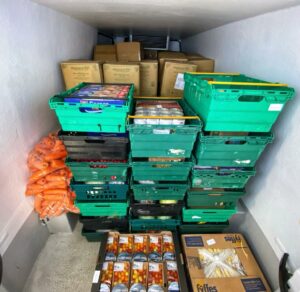