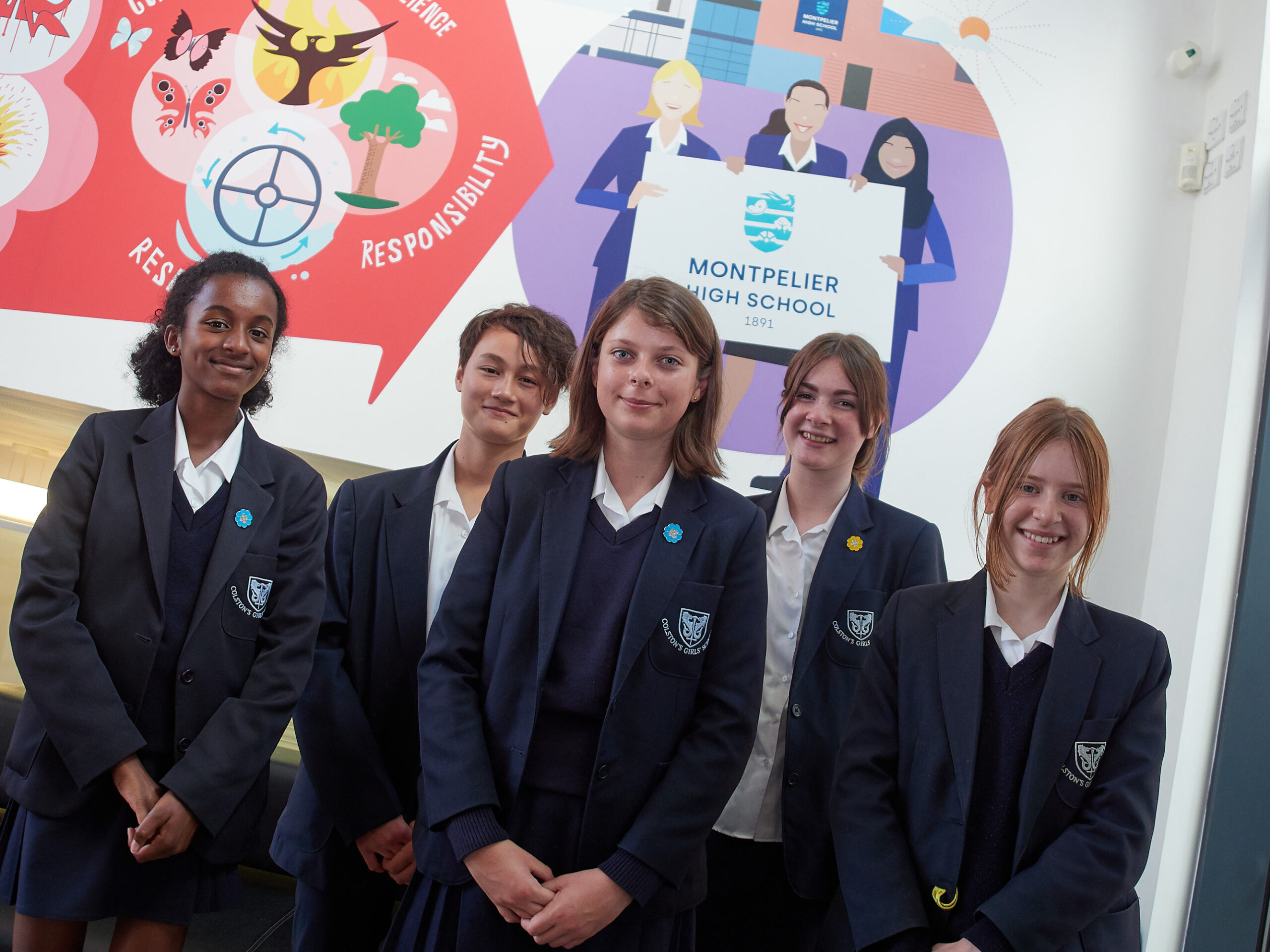 Montpelier High School in Bristol has celebrated its first day with all students from all year groups in school for the first time since its official rebrand over the summer.

Livestreamed to every classroom and in the presence of a small handful of guests who had contributed to the consultation process, principal Kerry McCullagh proudly welcomed everyone to the newly named Montpelier High School. 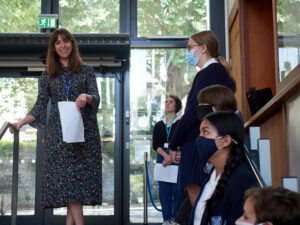 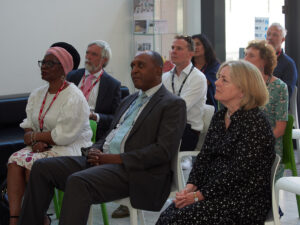 Head Student, Alice Farrington, then acknowledged the pivotal role played by students who had used the power of their own voices to influence change, developing and delivering a transparent and inclusive consultation last year. She explained that 130 students had volunteered to help develop and facilitate the consultation, with 66 joining a variety of working parties to drive forward the process. 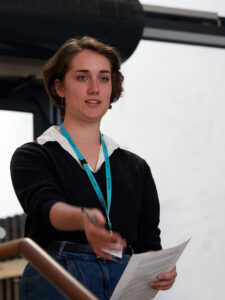 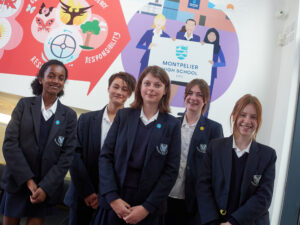 In designing an effective framework for the open consultation, students interviewed their peers and teachers, alumni, Bristol City Council representatives, a local MP, members of the local governing body, Venturers Trust board members and sponsors; and members of the local community. A handful of these individuals attended the small launch event, with Alice citing some of their suggestions that had helped shape the consultation.

She thanked Asher Craig, Deputy Mayor, whose three daughters were alumni of the school. Alice said that Ms Craig had urged the students to explore the school’s values on their journey to create a new founding story that the community could feel proud of.

Alice said that David Watson OBE, CEO of Venturers Trust, had reminded students that the process was important, not just the outcome; Gillian Camm, former Chair of Governors for the school and the current leader of the Society of Merchant Venturers (SMV), had advised students to design a consultation that was deliberative, democratic, inclusive and informed. 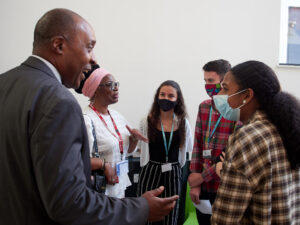 Also in attendance was the Treasurer of SMV, Caroline Duckworth; Chair of SMV’s Education Committee, Chris Curling; and Widening Participation and Student Recruitment Officer for the University of Bristol, Alex Thompson.

A group of Montpelier High School students then proudly unveiled a striking mural that has transformed the school’s high-ceilinged entrance hall into a visual narrative of the name-change journey. Kerry McCullagh thanked local designer Suffia Khanan for designing the school’s new emblem and local artist Danny Jenkins for creating such a powerful mural. 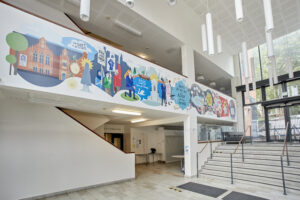 Ms McCullagh explained how the name change was the outcome of a well thought-through and inclusive process, where students had learnt the importance of hearing and respecting other people’s views, even when they differ from their own. 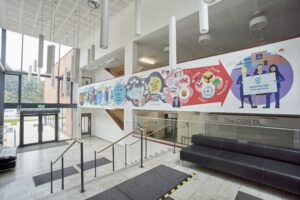 She said that the school’s new identity now reflects its inclusive and diverse community: “More than half our 940 students come from a minority ethnic group and more than 30 languages are spoken here. Our students benefit enormously from the wide range of perspectives in every classroom. Following a public consultation, staff and students voted to change the name of our school and the overall process has enabled us to experience democracy first-hand, as well as learning some important lessons from history that will help us all to shape a brighter future.

“Montpelier High School is determined to remain a highly active part of the wider movement for change, championing diversity and inclusion, leading on and contributing to discussions and initiatives that will change our city and our world for the better.” 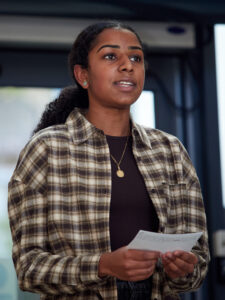 Sophia Bailey, a Year 12 student who played a key role in the consultation process, also spoke at the event, telling her peers: “We are more than Montpelier High School. We are unique individuals that are part of this amazing journey. We are shaped by the past and we are ready for the future.” 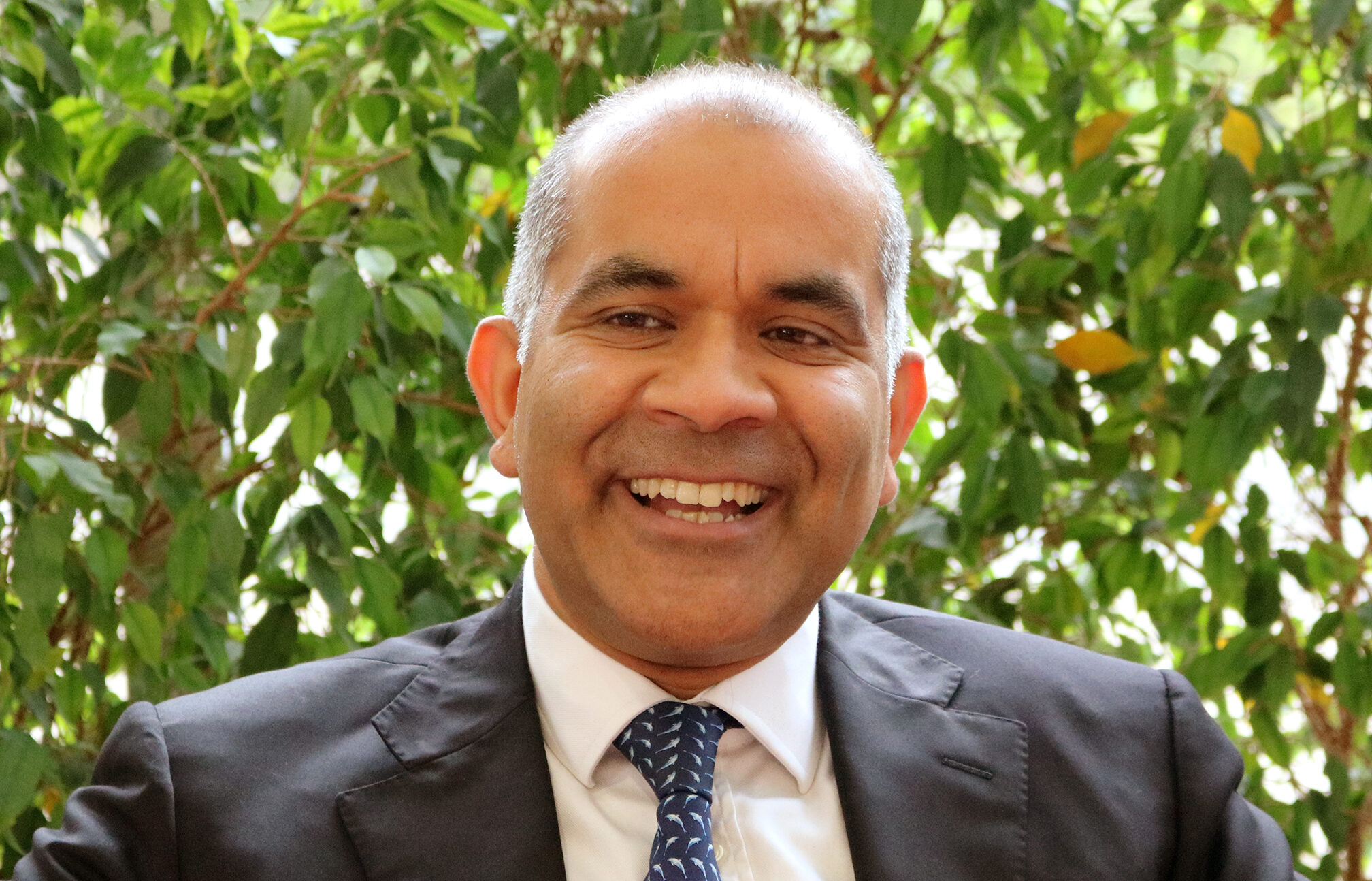 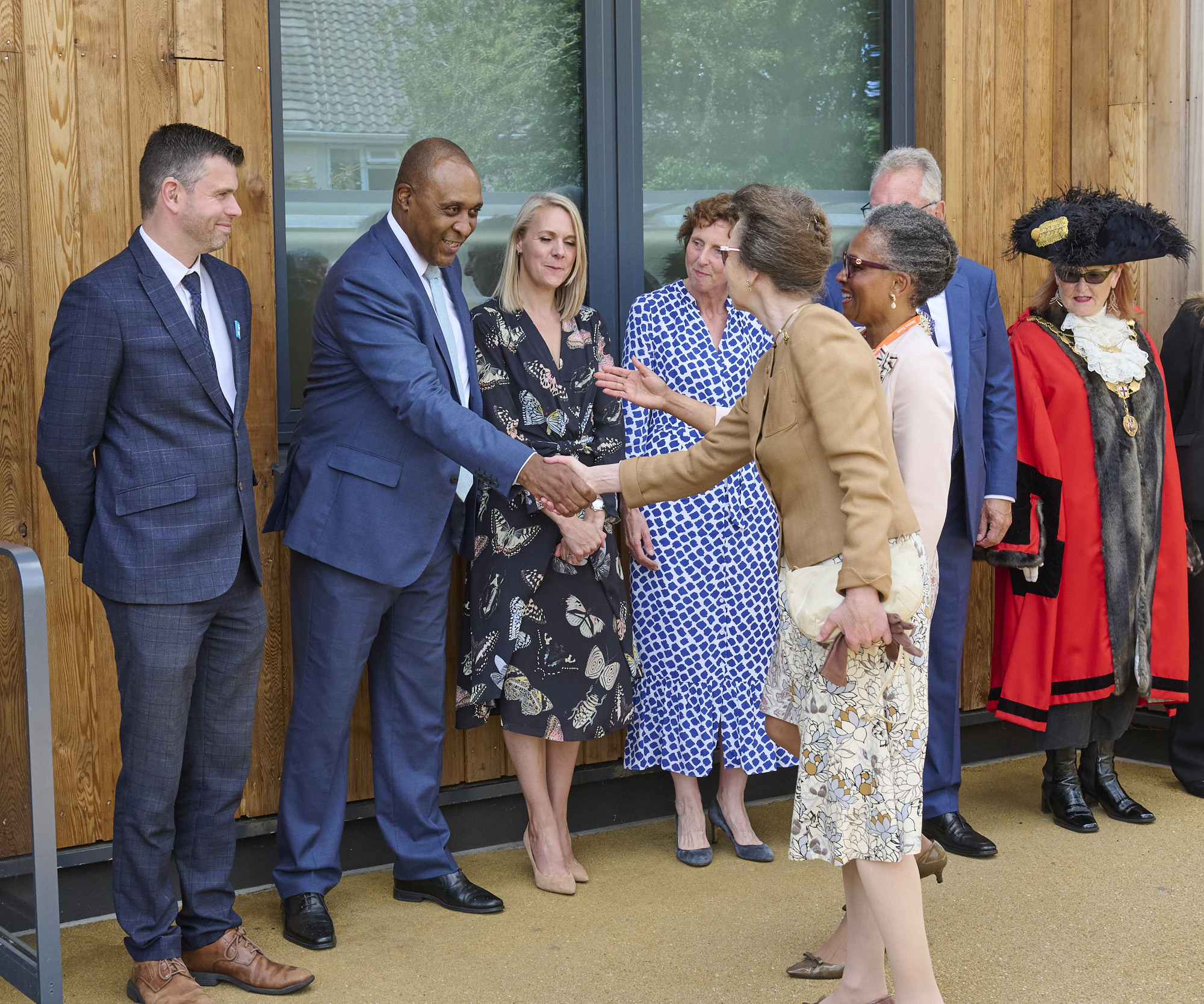 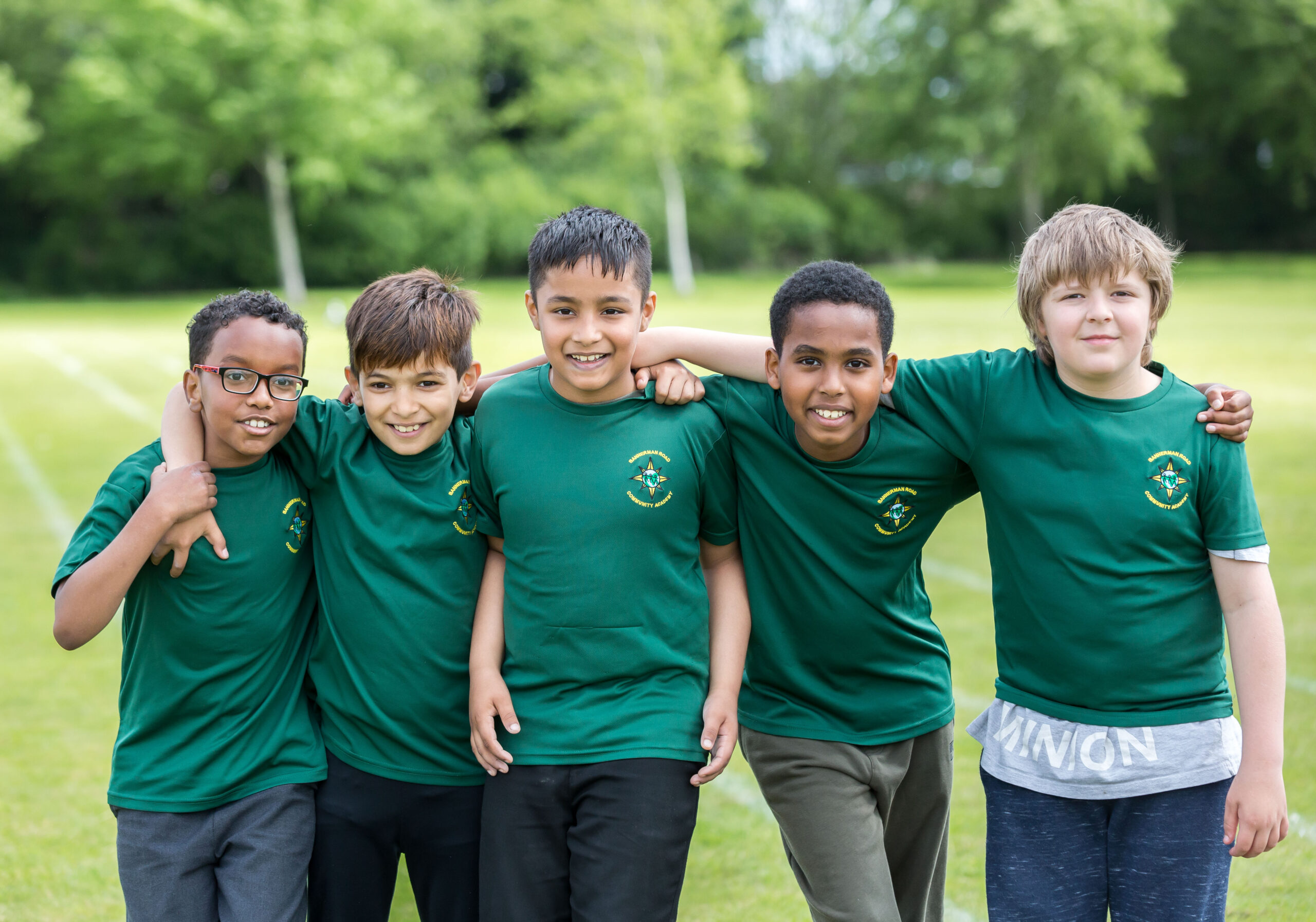 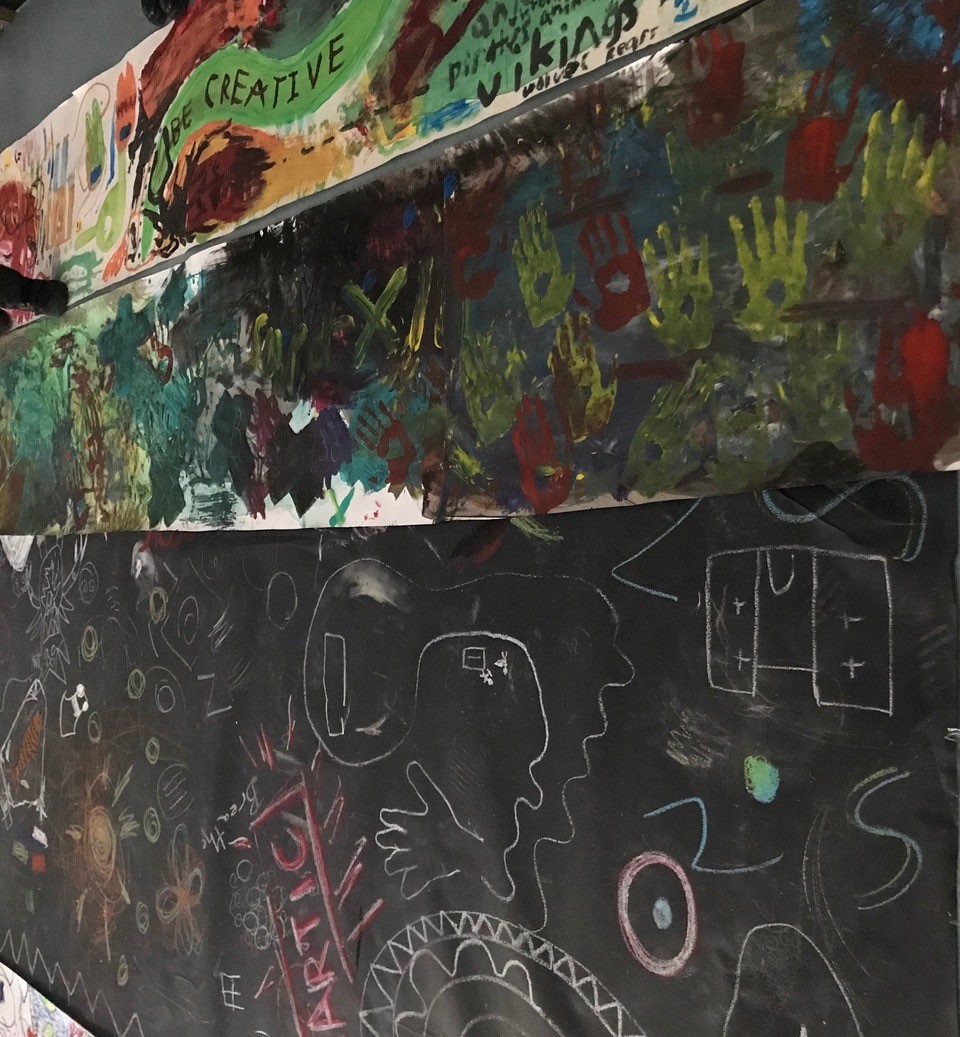