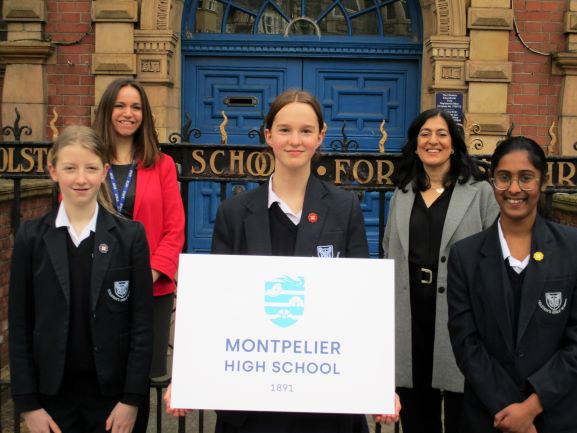 Students and staff at Colston’s Girls’ School (CGS) have chosen an emblem to represent Montpelier High School, the new name for CGS, effective from this coming September. Following a public consultation last year, students and staff captured the attention of the world when they voted to change the name of their 130-year-old school. Principal Kerry McCullagh said at the time that the school was proud to be based in Montpelier and that “the new name will allow the school to forge a new identity that represents its diverse and inclusive community”.

CGS students have played a key role in the name-change process from the beginning. With the support of their teachers, a working party of students shaped the public consultation and developed a detailed bank of resources to help others make an informed choice about the school’s name going forward.

After the decision was made to change the school’s name to Montpelier High School, a working party of STEAM (science, technology, engineering, art, mathematics) students began to develop a design brief to help shape the school’s new visual identity. The bespoke project explored the symbolism of images and the various ways in which the vision, values and the history of the school could be represented visually.

Students presented their brief to prospective designers, including local designer Suffia Khanan, who was subsequently invited to partner with the school in developing the visual identity for Montpelier High School.

Kerry McCullagh said: “Suffia is an independent designer based in Montpelier who struck up an immediate rapport with our school community. She took the time to engage with the history of CGS, which is vast, complex and diverse; and she wanted to know about our future aspirations. Suffia listened to a range of voices across the school, not only staff and students, but also parents, governors and trustees, and she reviewed the feedback from our public consultation.

“The school itself is a mix of old and new – we have a beautiful, historic, iconic building, as well as high-tech, modern facilities. It’s important that we don’t erase our history, but we do want to look at it through a different lens. We felt confident that Suffia’s talent for creating expressive visual imagery would allow us to combine the old with the new and tell the story of our school in a completely different way.”

Suffia didn’t underestimate the task ahead. “This is a significant and unique moment to redefine the school’s identity,” she said. “The students wanted an emblem they could identify with and feel proud to wear on their uniforms. The challenge was to find a way to tie together the ethos and values of the school, acknowledge its long history in Montpelier and use creative imagery to inspire students, all within a single emblem.”

Three unique designs were developed and presented to students and staff in a virtual assembly. Rather than putting the decision to a vote, Kerry McCullagh wanted the school’s new visual identity to emerge in a more organic way and so the school community took part in a survey. “We want to change the way people see the school,” said Kerry McCullagh. “So the process of choosing the right emblem had to be deeper than a straight forward binary vote. In taking this approach, one design really stood out to everyone.”

Head Student, Betsy Maguire, said: “There’s a real sense of excitement in school. The emblem we’ve chosen for Montpelier High School feels empowering and it tells a positive story about the history and the future of our school. To me, the new emblem suggests determination, aspiration, hope, longevity and renewal. Suffia has perfectly captured the spirit of our community and created a badge that we will feel proud to wear.” 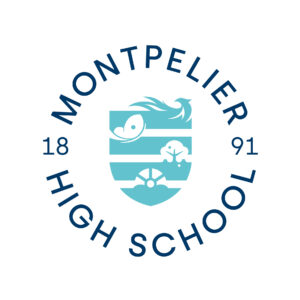 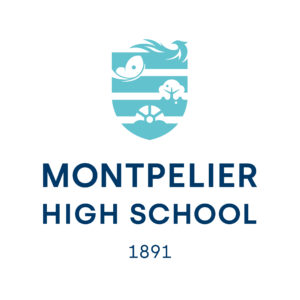 Suffia felt that it was important for the ideas and concepts generated by the students in their STEAM project to be present in the final design. The shield concept came from student Anna Raju who proposed using four images to represent the school’s core values: respect, responsibility, curiosity and resilience.

The fruit tree, suggested by student Hana Sultan, acknowledges the orchards that once surrounded what is now the school site. The water wheel, inspired by an idea from student Ellie Lunt, references the two mills on the Cutler’s Mill Brook, when Montpelier was known as the Ashley Estate. The mill and the fruit tree also reflect hard work and industry, alongside the respect for nature needed to achieve growth.

The phoenix was suggested by student Labibah Ahmed, to represent strength and hope; a powerful contrast to the gentle, delicate nature of the butterfly that symbolises change, transformation and freedom.

The stripes across the shield draw inspiration from the building itself, echoing the school’s iconic façade.

Chair of Governors, Chris Patterson, said: “The new emblem is a breath of fresh air. The design articulates our school identity and values. As we focus on the future, we are conscious not to lose the sense of courage and hope that brought us to this place of change and we have reviewed the curriculum to ensure that all students are taught a full and honest account of Bristol’s past.

“We are incredibly proud of our diverse, inclusive school community and now we have a name and an emblem to help articulate that sense of pride. The fact that our students have been the architects of this movement for change, steering the process with integrity and determination, perfectly illustrates how young people with access to an excellent education really can achieve anything they set their mind to.”

Kerry McCullagh concluded: “This entire process, from designing the initial name-change consultation, right through to choosing a new name and an inspiring emblem, has provided us with the opportunity to reflect on who we are and what exactly makes us unique as a school. I believe that we have emerged stronger and with our eyes wide open. Our story began in 1891 as Colston’s Girls’ School and we are now beginning a new chapter as Montpelier High School. However, one constant that will remain is the school’s commitment to educate and inspire compelling young people with the confidence and ability to learn from history and shape the future.”

The new Montpelier High School name and emblem will be installed throughout the school and across all uniform in time for the new academic year in September. 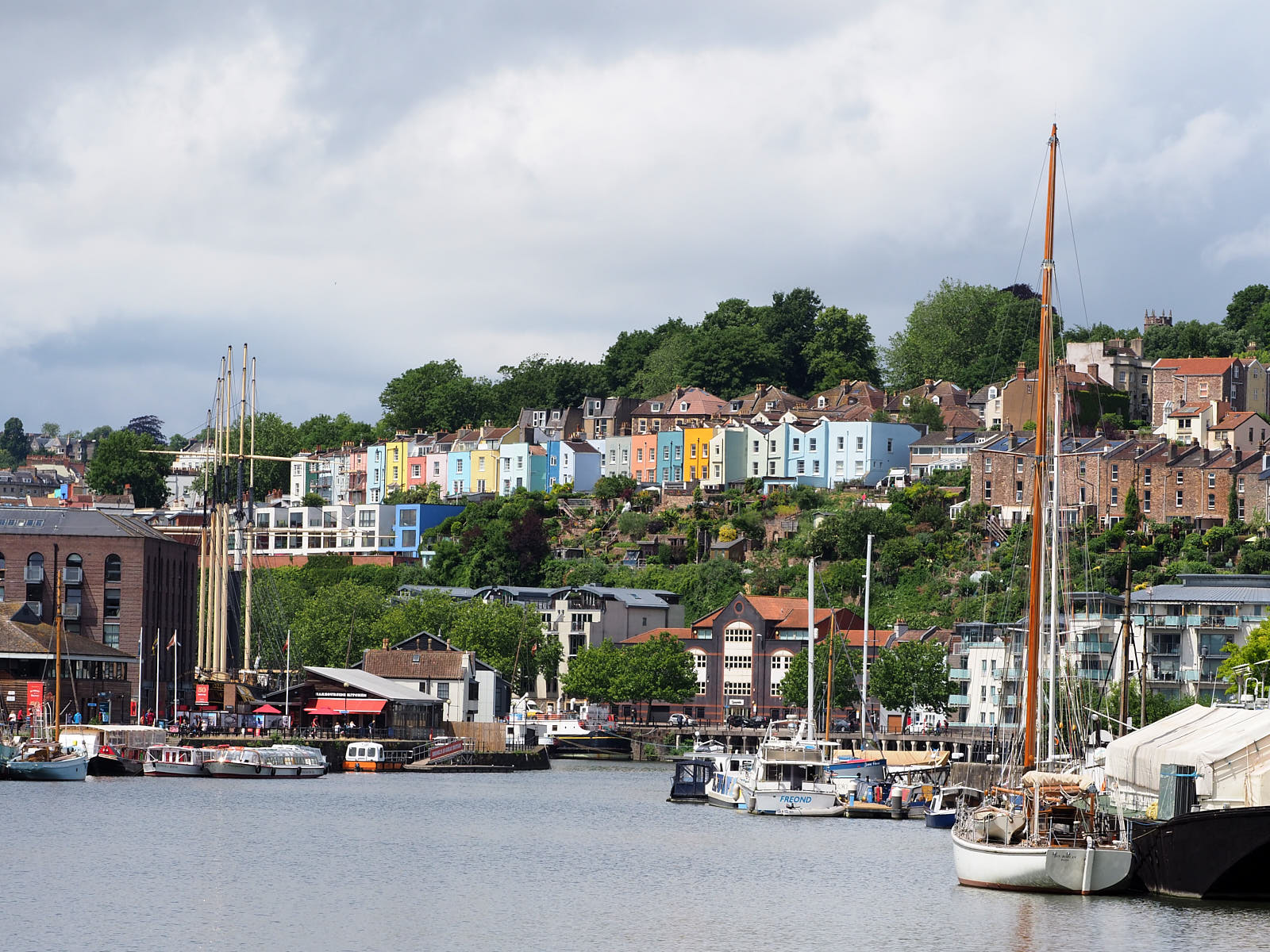 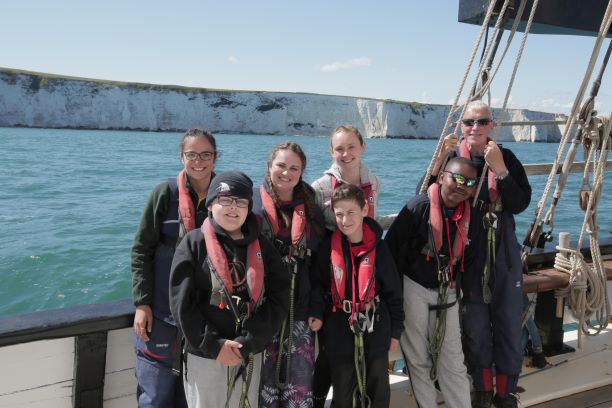